My oldest daughter's marriage was disintegrating. She called early one morning, rousing me from sleep, to ask if she would come home for a few weeks; to get her head together, I think she said. I agreed without hesitation, feigning sorrow at her marital state. I looked forward to having her home again, and those two perfect male specimens, my grandsons. My husband, lying in bed next to me faking sleep, mumbled something about the repercussions of such a decision. I rarely took his advice.

It was settled. My child was returning to the nest; a nest that I managed, in three hours, to stock with all her favorite foods, including cookies and snacks for the boys. From what my friends exhibited, shaky marriages always made one ravenous. They arrived late that evening, dropped off by `what's his name', who didn't bother to come in. I greeted them with open arms, arms that were soon filled to capacity with enough paraphernalia to outfit the Boy Scouts. My husband got that look on his face as he carried in their luggage. Our twelve year dog whimpered her disapproval, and slipped out the front door,followed by the cat, who took time to cast a disdainful backward glance.

I cherished those words. Most of our conversations were limited to long distance, usually costing my husband a week's wages. His six month old brother, Jesse, cooed and grinned. I swelled with love and pride and proceeded to feed them. That was my first mistake. Ian became hyperactive from the sugared cereal, and the baby's stomach seemed to dispute the purity of New York City milk. My daughter sat crumpled across two chairs, saying little and eating for three people.

"It's only a little after midnight," I told her. "We can stay up and talk, while the boys get settled for sleep." She nodded solemnly, started sobbing incoherently, and within ten minutes, was in bed with a migraine.

Around 4 A.M., I conceded that it had been a long time since I raised young children. Jesse's colic subsided and he thought it great fun to play all night, while his brother cried and whined for his mother. I always thought mothers instinctively awoke to the sounds of crying children, but I was wrong.

The next morning, after approximately two hours sleep, I awoke to Jesse crying and Ian singing, "Row, Row, Row Your Boat", at the top of his lungs. My husband was stomping around the room, dressing for work, complaining that he'd been kept up allnight. This, from the man who could sleep through the Second Coming. My daughter was dead to the world with a pillow over her head. I thought of my own mother, who used to spring out of bed in the morning, humming and making pancakes at the same time. The woman was a saint.

Somehow Ian contracted a stomach virus, probably from his father who looked slightly green when he left. The poor little guy tried to make it to the bathroom, running full speed with his hands across his mouth. He deserved an A for effort, but nonetheless, my new unwashable wallpaper caught the brunt of his projectile breakfast. The day was rapidly going downhill. The dog, looking humble, developed Montezuma's Revenge, presumably from her overnight jaunt through the neighborhood, and something obviouslydisagreed with the cat. I preferred not to consider the possibilities, hopeful that the feathers scattered across my front porch were borne by the wind. Thanks to the three of them, my oriental carpet resembled an Andy Warhol project.Jesse was sick too, but confined as he was, whatever he chose to expel stayed within his crib, taxing only my patience and my twenty year old Maytag washer and dryer.

The days that followed merged into a haze of diapers, bottles, jelly hand prints on the walls and persistent cookie crumb trails throughout my home. My daughter slept and ate; ate and slept. My husband, shook his head knowingly, never offering to lend a hand. The boys were cute, I'll give them that, although their cuteness lessened in proportion to the type of day I had. Ian was handsome, with refined features, suggesting a gentleness that belied the mischief he inflicted upon my household. He had a well developed sense of humor, finding amusement in his grandfather sitting down hard on an abandoned peanut butter sandwich. My husband rose slowly, gave me a menacing look, and headed for the solace of our bedroom. Jesse had beautiful dewey brown eyes, the kind you see on deer, and a smile that almost made me forgive his fondness for late night snacks and David Letterman.

`What's his name' called often; the only time my daughter spoke. He seemed somewhat less disagreeable to me lately. One afternoon near the end of the second week of her visit, my daughter emerged from her room, fully dressed and looking like her old self. I was hiding in my bedroom, re-reading Dr. Spock. My patience was on over-load, and I felt a simmering dislike towards my husband, my family, and life in general. There was truth in the saying about relatives and fish going bad in three days.

"We're going home tomorrow, Mom," my daughter said, smiling for the first time since she'd come home. "Everything's okay now." "It's good you're going back to `what's his name'" I said, hardly able to contain my joy. "You know, making a marriage work is like making bread. It takes a lot of kneading."

"You're not old, Mom, and Tom is not an unusual name."

When they left the next day, I cried, but not too long. I missed them in the ensuing days, but not too much. While poring through the family album recently, I noticed that my daughter and grandchildren seemed a lot more lovable in snapshots.

Posted by Micki Peluso is the author of "And the Whippoorwill Sang" at 8:49 PM 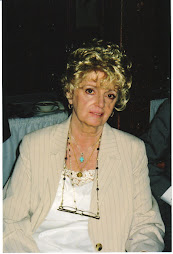 Micki Peluso is the author of "And the Whippoorwill Sang"
Staten Island, New York, United States
I began writing in my 40's as a catharsis to heal the wounds of the death of my 14 year old daughter by a DWI. My first short story concerning this was published in 'Victimology; an International Journal', followed by several related poems. Inspired to continue writing, I became a freelance journalist for my daily newspaper and staff writer for my bi-weekly award winning newspaper. About a dozen multi-genre fictional stories and non-fiction slice of life stories are published in award winning anthologies such as 'The Speed of Dark', 'Tales2Inspire', 'Creature Features,' and 'Women's Memoirs.' My first book, a memoir about my daughter's death. . . . AND THE WHIPPOORWILL SANG, won the Silver Award for 'Books that Build Character', 3rd place memoir prize in 'Predators and Editors.' and !st place award in 'People's Choice.' This book is a funny, poignant celebration of her life rather than a eulogy of her death, likened by some reviewers to "To Kill a Mockingbird', and to others,"Cheaper by the Dozen'. 'The Cat Who Wanted a Dog' is my first children's book, and 'Don't Pluck the Duck,' a collection of short fiction and slice of life stories is about to be published in 2017.

And the Whippoorwill Sang 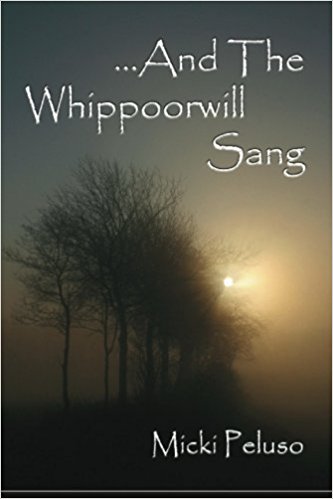